Chemical Engineer to Be Honored by The Society of Chemical Industry 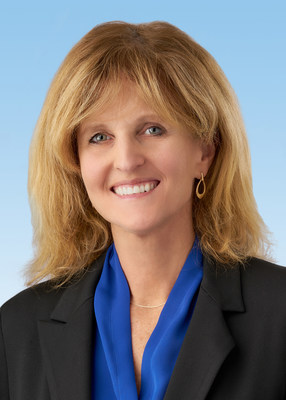 "The work Barbara has done in the world of refrigerants has resulted in innovative solutions that have a larger positive impact on people's lives, all with a smaller environmental footprint," said Craig A. Rogerson, Chairman, President and CEO of Hexion Inc. and Chair of SCI America. "The SCI is pleased to award Barbara's remarkable success in the industry, her contributions to science, and her commitment to a more sustainable planet."

Most recently, Minor developed several new low GWP refrigerants based on HFO technology for supermarket, transport and self-contained refrigeration and large building air conditioning. Opteon™ XP40 was designed for retrofit and new supermarket refrigeration systems to replace R-404A. Thousands of supermarkets globally have already been converted to XP40 since 2013, providing a significant, positive environmental impact. Other refrigerants in commercial use today include XP44 for refrigerated trucks and trailers, XP10 and XP30 for large building chillers, and recently commercialized XL20 and XL40 for condensing units, ice machines, and reach-in coolers and freezers.

"Barbara's innovative contributions to science and technology matched with her deep understanding of customer and market needs have been central to the success of many new refrigerants," stated Chemours CEO Mark Vergnano.  "We are so proud that she has received this richly-deserved recognition for her many contributions to Chemours, the environment, and society as a whole."

Minor will receive the medal at a dinner in her honor on September 25, 2018 at the Hyatt at the Bellevue in Philadelphia.

After graduating from Bucknell University with a degree in Chemical Engineering, Minor joined the DuPont company in 1981 where she worked for 34 years. In 2014, Minor was one of the first women named a DuPont Fellow in the company's 200+ year history, which is the highest technical level in DuPont. She joined Chemours, following its spinoff from DuPont in 2015 and is now one of only two corporate fellows in the organization.

Minor has spent most of her career developing non-ozone depleting and low global warming refrigerants for air conditioning and refrigeration applications.  She developed several new refrigerants to help meet phase-out requirements for ozone-destroying CFCs and HCFCs and high global warming HFCs. In 2010, she was recognized for her contributions in the development of a low GWP hydrofluoroolefin refrigerant named HFO-1234yf (Opteon™ YF) for automotive air conditioning. Because HFO-1234yf contains an unsaturated double bond, it has >99% lower GWP than the current refrigerant HFC-134a used in vehicles today. It has been broadly adopted by the automotive industry and is used globally in over 50 million vehicles.

Minor holds over 160 US patents for refrigerants, cleaning agents, and aerosol propellants and has many publications in the field. She is well known not only for her technical accomplishments, but also for her strong mentoring of young scientists and her leadership roles in industry organizations such as the American Society of Heating, Refrigeration and Air Conditioning Engineers (ASHRAE) and the Air Conditioning, Heating and Refrigeration Institute (AHRI). She is routinely regarded within the industry as the key thought and innovation leader.

About the Society of Chemical Industry (SCI) Perkin Medal
The annual award is recognized as the highest honor given for outstanding work in applied chemistry in the United States. It commemorates the discovery of the first synthetic dye (the so-called Perkin mauve) by Sir William Henry Perkin in 1856. This discovery was a significant step forward in organic chemistry that led to the birth of a major segment of the chemical industry. The SCI Perkin Medal was first awarded to Sir William at a banquet held by the SCI in New York in 1906. Since then, more than 100 such awards have been given to notable scientists.

About the Society of Chemical Industry (SCI)

SCI America Group, launched in 1894, is part of the Society of Chemical Industry's international organization. It provides a unique networking forum for chemical industry leaders, industrial scientists and technologists to exchange new business ideas and best practices. It celebrates achievement to promote public awareness of the contributions of industrial chemistry and inspire students to enter technical careers. SCI America events are managed by the Science History Institute.

About the Science History Institute

Formed by the merger of the Chemical Heritage Foundation and the Life Sciences Foundation, the Science History Institute collects and shares the stories of innovators and of discoveries that shape our lives. We preserve and interpret the history of chemistry, chemical engineering, and the life sciences. Headquartered in Philadelphia, with offices in California and Europe, the Institute houses an archive and a library for historians and researchers, a fellowship program for visiting scholars from around the globe, a community of researchers who examine historical and contemporary issues, an acclaimed museum that is free and open to the public, and a state-of-the-art conference center. For more information visit sciencehistory.org.

About The Chemours Company
The Chemours Company (NYSE: CC) helps create a colorful, capable and cleaner world through the power of chemistry.  Chemours is a global leader in titanium technologies, fluoroproducts and chemical solutions, providing its customers with solutions in a wide range of industries with market-defining products, application expertise and chemistry-based innovations.  Chemours ingredients are found in plastics and coatings, refrigeration and air conditioning, mining and general industrial manufacturing.  Our flagship products include prominent brands such as Teflon™, Ti-Pure™, Krytox™, Viton™, Opteon™, Freon™ and Nafion™.  Chemours has approximately 7,000 employees and 26 manufacturing sites serving approximately 4,000 customers in North America, Latin America, Asia-Pacific and Europe.

Chemours is headquartered in Wilmington, Delaware and is listed on the NYSE under the symbol CC.  For more information please visit chemours.com.

Please email us at