Ushering In a New Era of Transportation

Advances in autonomous technology—as well as advances in vehicles and aerospace—are changing the way society moves.

The Future of Transportation Technology

The Moral Machine,1 an ongoing experiment at the MIT Media Lab, gets to the heart of a challenging problem facing autonomous vehicle development: accidents happen. How can artificial intelligence (AI) make a decision that is both logical and moral? In philosophy, this is known as the trolley car problem—a moral dilemma in which you must take action, yet your action will invariably cause death. How do you choose?

As autonomous vehicles come closer to commercialization, we must grapple with dilemmas like this. The Moral Machine asks us: Should we program AIs to save pedestrians preferentially? Passengers? Younger people? Those with higher status? Answers to questions such as these typically vary by person and by culture. And since we can’t agree on those answers ourselves, we have little hope of programming AIs to make the right decision.

As mesmerizing as dilemmas like this are, there are other, more immediate problems to solve as we work toward changing the way we transport people and goods. Working out these challenges will lead to an improved society, but doing so will depend on a welter of technological innovations, which chemistry will have to help sort out.

While the algorithmic challenges get the bulk of the press, autonomous vehicles will need some substantial infrastructure upgrades to function properly. One of the most important, naturally, is the roadway itself: well-paved roads, clearly painted lane markers—made more reflective through the addition of titanium dioxide—and intelligible signage, for a start. As Motor Trend reports, there are 4 million miles of roads in the United States, of which only 65% are paved.2 Even the paved roads need help. For example, over 73% of Connecticut’s roads are in poor to mediocre condition, according to a CNBC report.3 Add the complexities of big or old cities like New York or Paris and the world’s road problems multiply. 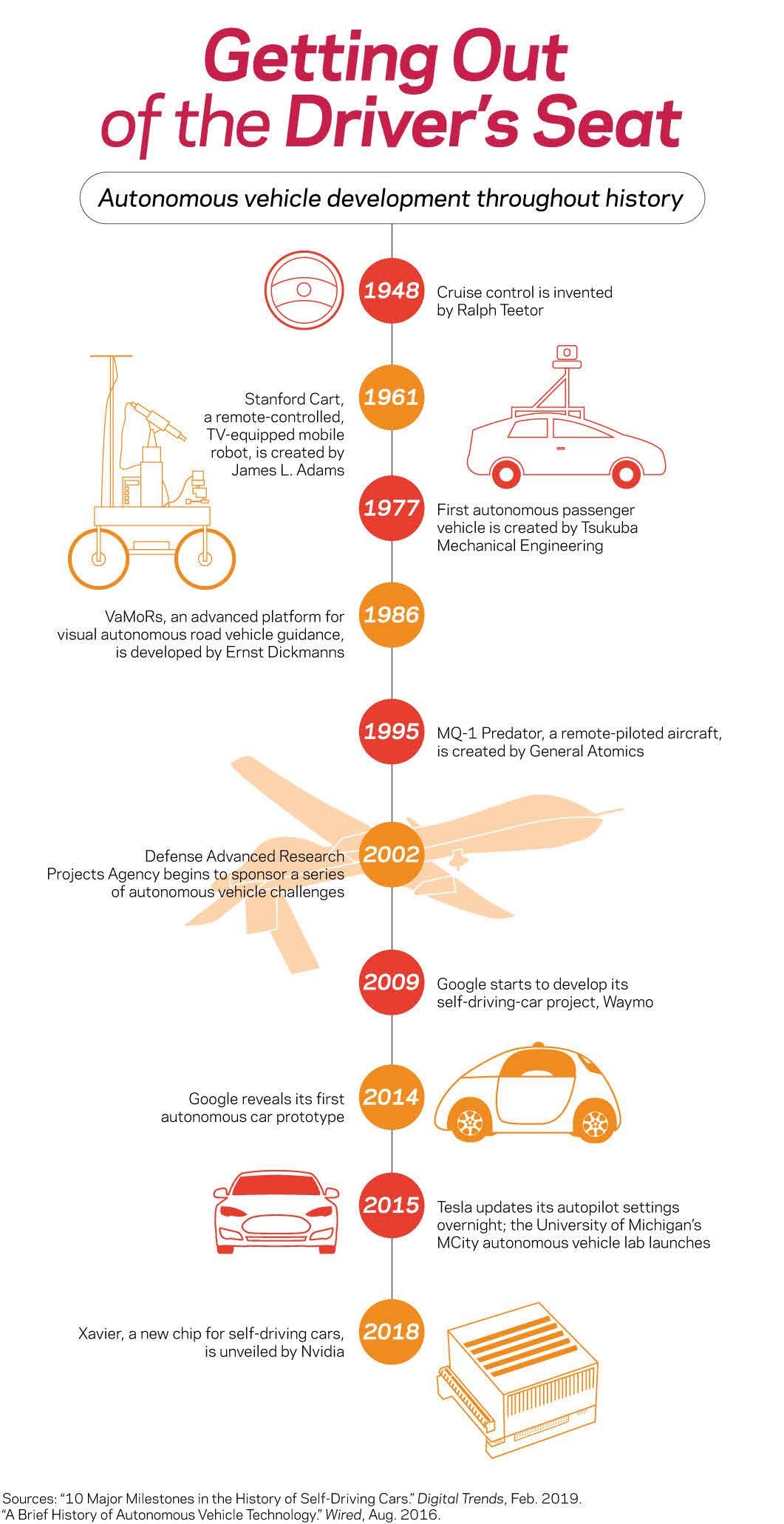 There’s another infrastructure challenge to solve: communications. The first 5G cell phones are just hitting the market, but it will be years until there is widespread, dense 5G signal coverage. 5G wireless communications aren’t just fast; they also have low latency.4 Latency, simply put, is the amount of time it takes to get a response from a given signal. Low latency is crucial for autonomous vehicles, which will need to communicate with one another to understand and negotiate each other’s actions. Autonomous cars are likely to rely on 5G-enabled edge computing as well. In edge computing, processing tasks are done at the 5G base stations—the network edge—rather than in central servers, improving decision-making speeds for all the autonomous vehicles on the road. Of course, all of that depends on a new generation of computer chips and high-quality wiring.

The vehicles themselves will need to change, too, if we’re not to swap one environmental problem for another. Transportation remains the largest source of CO2 emissions in the US.5 The first change will be to reduce the number of vehicles in the first place. That’s where companies that provide self-driving ride-hailing services such as Waymo come in. Should these prototype offerings start to displace car ownership in developed economies and disrupt the rise in car ownership in fast-growing countries, the energy efficiency of the global transportation fleet would improve.

Even if that happens—but especially if it doesn’t—the way we power vehicles must change if we’re to decarbonize society. Electric cars are already becoming a more common sight, and as battery technology improves and gets cheaper, consumers will turn to them more and more. Unless we simply want to move tailpipe emissions elsewhere, electric cars need clean, renewable power. Given that most renewable energy is intermittent, power utilities will need to find ways to store power. One solution is a flow battery, which depends on ion exchange membranes like Nafion™. Hydrogen fuel cell technology, also reliant on ion exchange membranes, may come to work alongside electric vehicles, especially if hydrogen becomes a part of the whole global energy mix.6

Improving Efficiency in the Air

Hydrogen fuel cells can also reduce the impact of airplane auxiliary power units, but they’re unlikely to power us into the sky. We don’t yet have the technology to pack enough hydrogen into a small enough and light enough space to make it practical for air travel. As Karen Goldberg, Vagelos Professor of Energy Research at the University of Pennsylvania, puts it, “Airplanes are going to use liquid fuel for a long time to come.”

That’s a problem. Carbon emissions in the US went up last year, in part because of air travel.5 If we’re going to fly more, we need to increase the efficiency of airplanes. “Even though jets look a lot like they used to, they are significantly more efficient. Design and manufacturing have improved dramatically, and so has fuel efficiency,” says Andrew Romeo, product and technical services  manager at The Chemours Company. The key to that is weight reduction, particularly in the jet engines, and one of the prime light weighting targets is the turbine blade. These are the giant fan blades that form the front end of a jet engine. They also appear farther back in the engine, where they spin in the hot exhaust gasses, driving the whole turbine assembly. They have to be strong, rigid, and able to hold their shape at temperatures of over 1,000oC.7 To increase performance and shed weight, manufacturers are relying on exotic alloys that are cast as blades made of single crystals. As Romeo explains, “Jet engine manufacturers rely on Chemours zircon minerals (zirconium silicate) in their investment casting of metal alloys. Zircon is part of their process that prevents deformation and increases blade temperature capability and life. Today’s engines are lighter, last longer, and are more fuel efficient.” 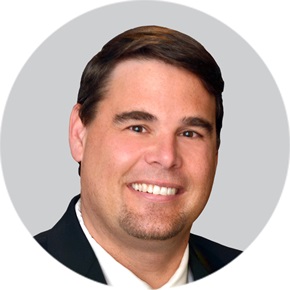 Product and Technical Services Manager at The Chemours Company

Evolution in air travel may be incremental for the time being, but space flight is undergoing a tremendous transformation. The private space industry is booming. While space travel carries environmental costs, innovations born of it may change the world. One way to realize those benefits at a lower cost is by reusing space vehicles, which require a thorough blasting with high-quality abrasives before they’re ready to blast off again.

While unmanned space vehicles have been the norm for decades, a world of fully autonomous vehicles may be years and years away, and it’s going to take a series of revolutions—not just evolutions—to achieve. It will take advances in computing and AIs, communications and infrastructure, power grids and fuel cells. Those advances will power a range of breakthroughs throughout our society, leading, hopefully, to widespread decarbonization and the answer to the most important Moral Machine dilemma of all: How do we live now without jeopardizing our future?