WELCOME TO THE HYDROGEN AGE

Responsible chemistry is essential to solving the climate crisis.

Fossil fuels have powered great leaps in human progress, enabling humanity to innovate and thrive. As good as they have been to us, more sustainable ways to drive progress are moving to center stage. Renewable energy is taking over from fossil fuels, and, due to responsible chemistry from Chemours, they are on the cusp of launching an entirely new energy economy.

Renewable sources have made up an ever-growing share of the energy mix, and due, in part, to the COVID-19 pandemic, that shift has accelerated.

Pandemic-related changes in how we live, work, and play are helping to curb emissions1. The transportation sector is consuming a lot less fuel than it did before2, and it may be like that for years to come as changed work and life patterns solidify.  It looks like working from home, for example, is here to stay.

Transportation isn’t the only industry impacted. The entire energy sector has been jolted3, including investment in renewable infrastructure and innovation, but clean energy sources are already out competing their fossilized progenitors as the preferred energy source of the future4. Estimates anticipate that 90% of new energy generation in 2020 will come from renewable sources5. Social pressure and simple economics combined to make renewable sources of energy more attractive, especially at a time when flexibility and cost are key.

But are solar and wind enough?

If we are to drop our emissions dramatically, we must decarbonize energy production, and one way to do that is through the hydrogen economy. By using renewable energy to create hydrogen, we can create an emissions-free energy system. And by doing so, we can overcome one of the only downsides of renewable energy and usher in the next normal for the world’s energy economy.

Renewable sources of energy, like solar and wind, are intermittent. They generate power when the wind blows and the sun shines, and they depend on advanced fluoropolymers such as Teflon™ coatings and Krytox™ performance lubricants to keep running smoothly. What happens, though, when the sun hides its face or the wind dies down? What do you do when there’s more power from a sunny, windy day that you can store? That’s where hydrogen comes in.

Due to the remarkable chemical properties of ion exchange materials like Nafion™ proton exchange membranes and dispersions, we can convert solar and wind power into clean hydrogen—instantly. Nafion™ membranes enable us to apply excess power from renewable sources to water, electrolyzing it into its component parts: hydrogen and oxygen. The resulting hydrogen is a near-perfect fuel. Converting it provides high-quality heat generation, and the only thing it emits is pure water vapor.

Energy-intensive industrial processes can utilize hydrogen as a feedstock for hard to abate sectors, such as steelmaking and ammonia production, which are currently powered in large part by coal6. In fact, hydrogen can eventually provide the power for all manufacturing and can replace coke in the reduction of iron ore.

Manufacturing takes place mostly out of sight, but one of most high profile uses of hydrogen is already on the road to making hydrogen power more of a household name. In fact, when most people think about hydrogen power, chances are they’re thinking about hydrogen fuel-cell powered cars, buses, and trucks. But that hydrogen needs high quality membranes to work efficiently and reliably, and Nafion™ membranes and dispersions are ideally suited to keep the wheels turning.

Hydrogen can also show up closer to home. The beauty of it is that, for some uses, we can use our existing natural gas infrastructure. Injecting hydrogen into the gas grid means that it can be used for home, building, or industrial heating with a minimum of retrofitting.

Changing over to a hydrogen economy seems like a mammoth task, but the technology is already in place. Essential membranes such as Nafion™ have the strength and performance range to withstand the challenging conditions found in utility-scale plants and the daily abuse meted out by cars, trucks, and buses.

The challenge is scale. The cost of producing hydrogen will plummet with the large-scale generation of hydrogen from renewable sources and water electrolysis. Combining coordinated support for hydrogen development across the value chain and policy making will accelerate cost reduction, just as has already happened with wind and solar.

However, we see action. For example, the European Union has launched a region-wide project to do exactly that, replacing fossil fuels with hydrogen generated by renewable sources. By switching to a hydrogen-based economy, the EU hopes to lower carbon emissions 45% by 2030 and arrive at net-zero by 20507.

They also want to increase the number of fuel cell powered vehicles from 1 million to 17 million by 2040, thus making a significant dent in carbon emissions8. After all, transportation makes up one-third of all CO2 emissions9.

The incoming US administration seems eager to follow the EU’s lead in investing in decarbonizing the economy. There are plans afoot to invest $2 trillion in solar and wind generation during the next four years, with a goal of making the US power sector carbon free by 2035 with net-zero emissions by 205010.

With more renewable power comes more excess energy available to make hydrogen, driving the costs down and further increasing the competitiveness of renewable energy. Soon, we’ll need to update the old saying. We won’t be making hay while the sun shines; we’ll be making hydrogen. 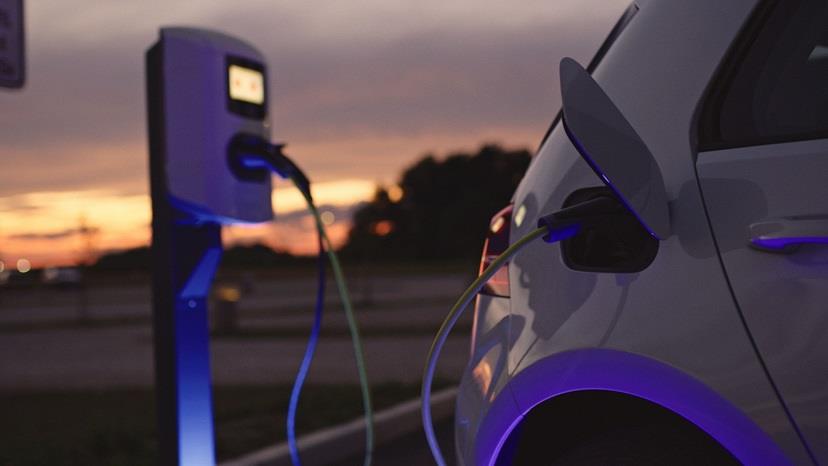 The Next Normal - The Future of Energy | The Chemours Company

The Next Normal - The Future of Energy | The Chemours Company

In 2020, the world reduced its demand for fossil fuels for the first time in human history11, signaling in no uncertain terms the growing demand from society for more sustainable, climate-friendly solutions. Maintaining that trend is essential to stabilizing the climate, and the growing hydrogen economy will help make that possible.

Responsible chemistry is essential to our changing world, and continued innovations, such as Nafion™ membranes and dispersions, will usher in the next normal—the birth of the hydrogen-powered society.

That society will be built on a foundation of water electrolysis, which splits water into hydrogen and oxygen by combining renewable energy with Nafion™ membranes. The resulting hydrogen can energize everything from huge industries to tiny cottages, from bullet trains to the fleet of the future.

This is the promise of the hydrogen economy, and the technology to make it happen has already been invented. All that’s needed is scale – and continued expertise, innovation and leadership.

At Chemours, we’re leading the charge with responsible chemistry and essential solutions to help drive change and bring about the next normal.