The essentials of life have changed. Fortunately, new technologies—powered by chemistry—will emerge in parallel to help deliver these new essentials responsibly.

A bus makes a distinctive sound: a chugging diesel clatter overlaid with a turbine-like whine. You’ll hear it in big cities, unless, of course, you travel to China, and especially to the city of Shenzhen.

This urban center’s 12 million inhabitants can take advantage of an almost 100% electrified bus network1, which makes up a small but significant fraction of China’s nearly 400,000-strong fleet of electric buses2, 3. This is a big step toward decarbonizing transportation, but it is also a leading indicator of how the basics of modern life will evolve.

Of course, the fundamentals we need for survival are what they’ve always been—food, clothing, and shelter—but in today’s society, many of us feel the pull toward a new set of essentials. Thriving today requires new technologies that make a significant difference in how we lead our lives. Billions already live in cities, and more are moving there every day. Those cities are expanding their smart infrastructure to make urban dwelling more efficient. No matter where we live, refrigeration greatly expands the quality of our diets, while ubiquitous connectivity links us to a larger world. The next generation of transportation will take us places with greater ease and with fewer emissions. The same is true of the goods we move. Those of us in warm areas, especially those that are getting warmer every day, depend on air conditioning, and all of us need energy. These are the new essentials, and balancing them with our responsibility to the planet is the urgent task of the next few decades, particularly for the chemistry industry.

What if you had cooling that relied exclusively on solar that kept food cold over 1,000-mile journeys?

That list of new essentials is daunting, but it boils down to five big Cs: connectivity, community, current, cooling, and the chemistry that powers it all. There’s another C, too: change. A series of new technologies—5G, AI, and autonomous machines—are maturing in parallel. That’s seeding a cloudburst of innovation that will enable us to provide the fundamentals of modern life to more people at a lower cost to the planet. To achieve that, we’re engaged in a planet-wide digital transformation and rethinking how we move goods and people. We’re building new kinds of infrastructure to support better, less damaging living and turning to bright minds everywhere to combat climate change and create a sustainable energy economy. Central to it all is chemistry. After all, “we’re the molecule benders,” as Bob Buck, Ph.D. and Technical Fellow at The Chemours Company, puts it. “We in the chemistry industry take an inventory of all the atoms that make up the world and think about how to utilize them best, putting them together in ways that make them useful—and not harmful—to society.” 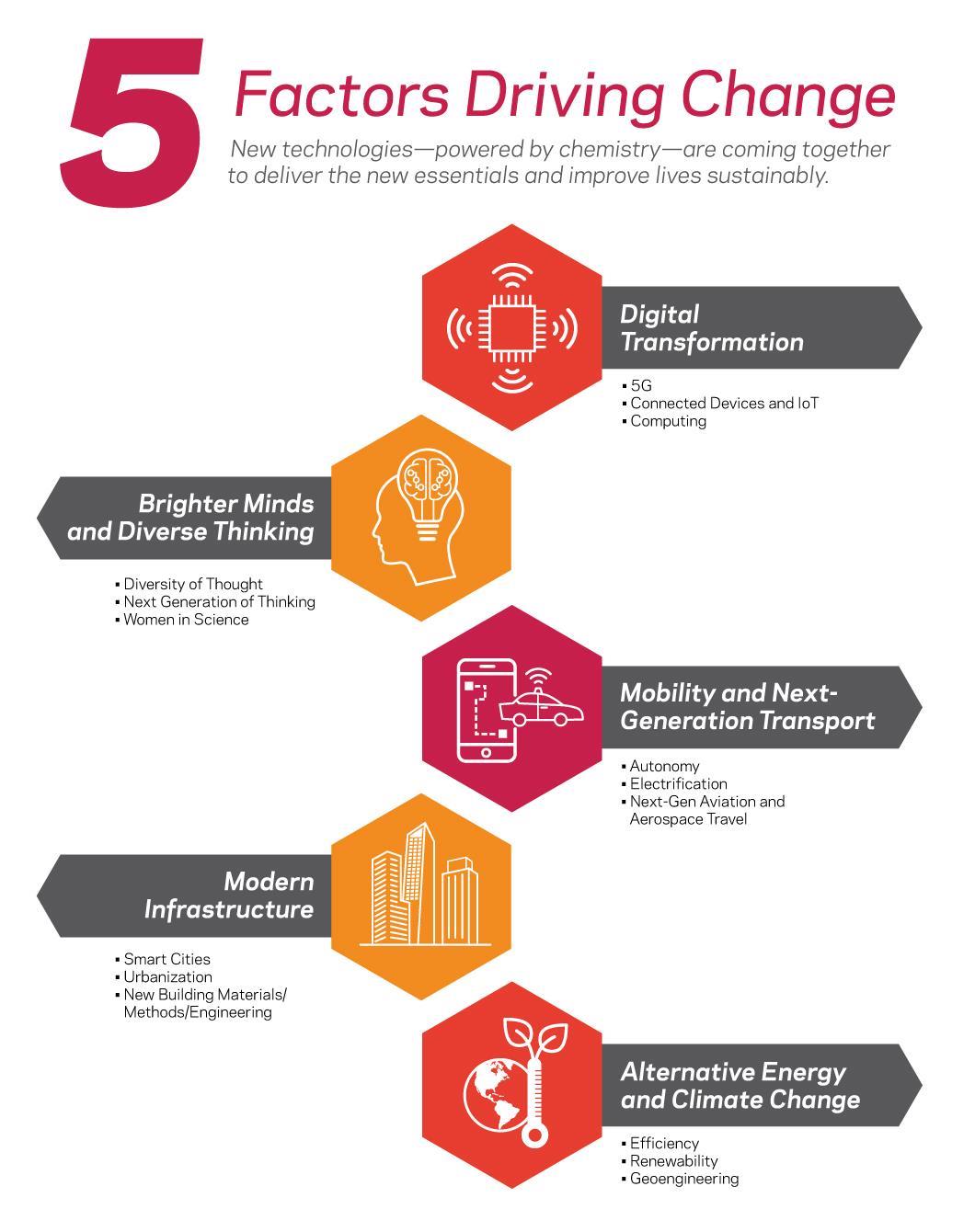 Atoms At the Heart

Chemistry has already achieved wonders. Consider what life was like just a few generations ago. According to the US Bureau of Labor Statistics, the average American in 1900 spent 43% of her income on food. 23% percent went to housing and 14% to apparel4. All together, that’s 80%. Contrast that to today. Because of innovations in chemistry, we now spend only 10% on food, 27% on housing, and 2% on apparel4. That’s a grand total of 39% of income. While the numbers differ, the pattern holds throughout the industrialized world, and that means we have much more left over to spend on the technology that helps us flourish.

The new essentials may be affordable for more and more people, but they aren’t a cost the natural side of our planet can bear—at least as things stand now. Yet significant technical breakthroughs can extend the benefits of modern technology to more without harming the world in which we live. Cooling is a good example. In a warming world, cooling is a major issue. As Ed Sparks, President, Titanium Technologies and Chemical Solutions at The Chemours Company, points out, “What if you had cooling that relied exclusively on solar that kept food cold over 1,000-mile journeys?” As of now, a large portion of food spoils on the way to market, but solar cooling could eradicate that waste and improve food security, even in places without energy infrastructure.

The cold chain is only part of the issue. As temperatures and incomes rise in the developing world, the demand for air conditioning will explode. The Rocky Mountain Institute projects that the number of installed room air conditioners will jump from 1.2 billion to 4.5 billion by 2050 and that emissions from cooling will rise by 90% over the same period5. Of course, that’s if things continue unchanged. They won’t. In fact, things are already changing. A new class of refrigerants called hydrofluoroolefins (HFOs)—such as Opteon™ low global warming potential (GWP) refrigerants—has a dramatically lower impact on global warming than previous technologies. 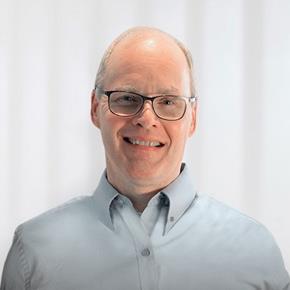 We’re responsible for the inventory of all the atoms that make up the world and how to utilize them best, putting them together in ways that make them useful to society, but not a burden going forward.

HFOs like Opteon™ low GWP refrigerants are already making a difference, but until the electricity needed to power all those new air conditioners comes from carbon-free renewable sources, emissions will continue to soar. “It matters where the electricity is coming from,” says Karen Goldberg, Vagelos Professor of Energy Research at the University of Pennsylvania. “The United States has already made significant advances in moving from coal to natural gas for many power plants and this has led to significant decreases in CO2 emissions.” While we’re making progress in carbon-emission decreases, “much more work is needed to bring down our use of petroleum and natural gas.” According to the International Energy Agency, renewable electricity will account for 40% of power generation by 2040—a significant rise from the 25% it contributes today6 .

That’s promising, but things may have to go faster if we’re to continue to improve the quality of life the world over. Bob Buck believes that “energy and the availability of energy is what will transform our planet by providing people with something that can advance their lives. It will help drive away poverty on our planet. If people have energy, their lives will be transformed.”

Our world will be transformed, too, and fleets of electric buses are just one small example. The problems and their solutions are more complex than that, and in this series we’ll explore how we’ll supply the new essentials even as we increase our commitment to responsible actions. We’ll see how diverse perspectives will help us build the new infrastructure a reimagined world will need and explore how to create a sustainable energy economy and combat climate change. These changes depend on the wholesale digital transformation of the world, but as Bob Buck says, “You can’t have a digital economy without atoms”—in other words, without chemistry. In next month’s installment, we’ll see why. 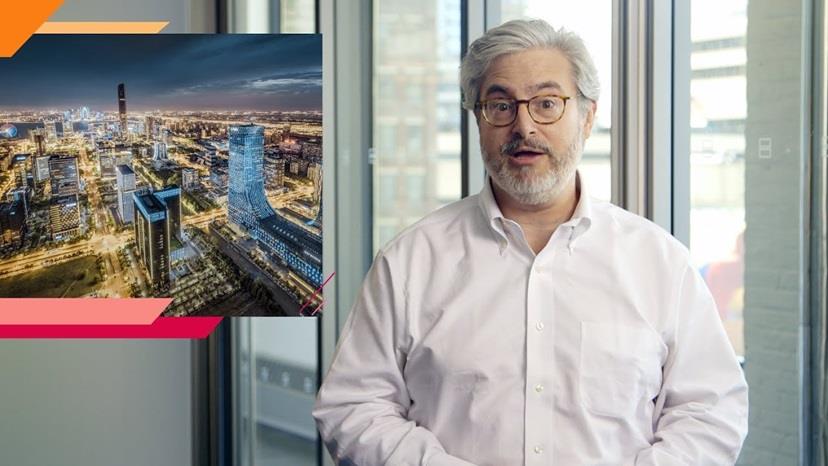