No matter the destination, chemistry is making flying more enjoyable (and safer and more eco-friendly).

Chemistry's a dependable companion when flying the friendly skies

When it comes to the modern marvel of flight, physics tends to hog the spotlight. Still, chemistry enables much of the underlying technology incorporated into a plane's composite shell or the digital circuitry that brings the latest movies to passengers' seats.

But vacationers might never be able to get to all this fun were it not for the magnificent machines that transport them thousands of miles over all sorts of terrain: airplanes. The wonders of chemistry operate at full thrust in the open skies.

With the aerospace industry, science has already made the once-unimaginable a daily reality—millions of passengers traveling in great safety and comfort miles above the earth through the most extreme conditions. And today, chemistry is bringing even more fuel efficiency, safety, and comfort to air travel.

Something Special in the Air

Lightweighting—shaving pounds for better performance and fuel economy—may be a relatively new practice in the auto industry, but for aviation, plane weight-watching goes as far back as the Wright brothers. Now, science is helping airline manufacturers make new strides in that department. The Boeing 787 Dreamliner, which began service in 2011, was designed to save 20% to 25% more fuel1 than its predecessor: the Boeing 767. That translates into an estimated 18 billion pounds of fuel saved by 2018.2 So how does a similar-size aircraft become so efficient?

“The design gives airlines more bang for their buck,” says Steve Johnston, Technical Service Engineer in the Chemours Application Development Group. “You can get more performance out of smaller, lighter machines. And the new materials require less maintenance. So the airplane spends more time in service, making money for the operator and hence reducing overall cost. That’s passed directly on to the passenger.”

The composite body panels that make all this possible have chemistry in their pedigree, of course. “Those composites are made at fairly high temperatures,” notes Bob Moffett, Senior Technology Consultant at Chemours. “The molding equipment involved can use Krytox™, which withstands the heat and provides the lubrication needed to separate parts from the mold.”

In the future, Johnston sees Krytox™ helping make aircraft even more fuel efficient. “I can envision a change in engine design that would make them smaller, yet more powerful,” he says. “I know there’s been past work done to replace conventional engine oil with a Krytox™ PFPE-type oil, so the engines can run hotter.” 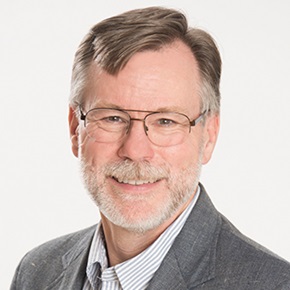 The safety of air travel has certainly been improved by chemistry.

Prior to a flight, attendants point out emergency exits and show passengers how to use their seats as flotation devices. Meanwhile, chemistry works hard behind the scenes to ensure that no one needs to take these emergency steps. 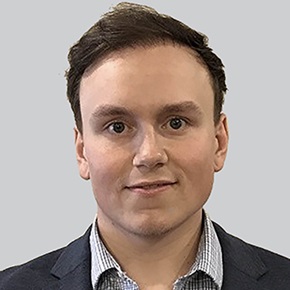 With strong resistance to extreme heat and aggressive fuels, Viton™ helps prevent everything from fuel leaks to engine failure.

Besides the obvious safety networks warning of everything from wind shear to mountains looming—chemistry operates covertly in aircrafts' lesser-known systems. Deep in the engines themselves, Viton™ fluoroelastomers are in seals and O-rings. With strong resistance to extreme heat and aggressive fuels, Viton™ helps prevent everything from fuel leaks to engine failure, says Anton Soudakov, North America Product Manager at Chemours.

Even the emergency oxygen that flows when those masks drop has a Krytox™ component: used in that system, it’s oxygen-safe. Conventional lubricants in direct contact with liquid and gaseous oxygen may burst into flames, but Krytox™ doesn't. Moffett says, “The safety of air travel has certainly been improved by chemistry.”

The wonders of soaring above the clouds in a man-made cylinder do eventually fade. Once the plane hits cruising altitude, the focus becomes comfort: Is the engine noise obtrusive? Does the air feel stale? Is there a robust movie selection? Indeed, it’s comfort that helps make the skies friendly.

“In cars, we have Krytox™ applications to address something called NVH—noise, vibration, and harshness,” Johnston says. This is one of the unintended outcomes from progress. Cars are quieter than they were before. Better soundproofing and aerodynamics have muted the engine's drone and air's roar.As a result, little squeaks and rattles that come from the exterior trim or interior fittings become bothersome. “For airplanes,” Johnston says, “it's a similar quest.” 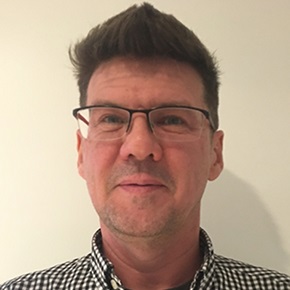 Finally, there’s the in-flight entertainment. Chemistry may not be the first thing that comes to mind for passengers looking to pass the time between Los Angeles and Sydney. But for every movie delivered to an airplane LCD screen, there’s a digital system. And that digital system only works because of semiconductors manufactured with the help of Teflon™ (this fluoroproduct helps chipmakers achieve higher yields by reducing contamination during manufacture).

The fact that passengers can enjoy a movie in comfort on a flight that’s remarkably safe just goes to show how far flying has come since the Wright brothers began testing bare-bones manned flights in 1900.

Discover more with Chemical & Engineering News and learn about the chemical and materials science that makes fun possible.