Mega Smart Infrastructure for Megacities of the Future

The view outside your window can change the way you look at the world. For most of the population of North America, Latin America, and Europe, the scene outside the kitchen window is urban. Half the people in Asia—and nearly 60% in Africa—still look out on a rural world, but that view may soon change.1,2

Urbanization produces prosperity for nations and for individuals. Cities account for 80% of the world’s gross domestic product,3 and there is a strong link between urbanization and wealth. Despite persistent problems of economic inequality, predominantly urban countries are richer. Their populations enjoy a higher standard of living, with more access to electricity, better water quality and sanitation, and lower levels of child malnutrition.4

Of course, growing cities require investment of all kinds, but especially in infrastructure: water, sanitation, electricity, roadways, and mass transportation. Unfortunately, investment is not yet up to an optimal level. The Global Infrastructure Hub estimates that $15 trillion in investment for infrastructure is needed to keep pace with current trends.5 The challenges of a changing climate may make that number even higher. It isn’t just fast-growing urban centers that need help. As the World Economic Forum puts it, “Infrastructure systems remain among the least digitally transformed in the entire global economy. Many modern infrastructure assets have been designed, built, operated, and maintained in much the same way for decades, despite enormous strides in innovation across sectors.”6 Fortunately, those same strides mean that, with investment, urban areas are going to have smaller climate impacts and, at the same time, be easier to live in. 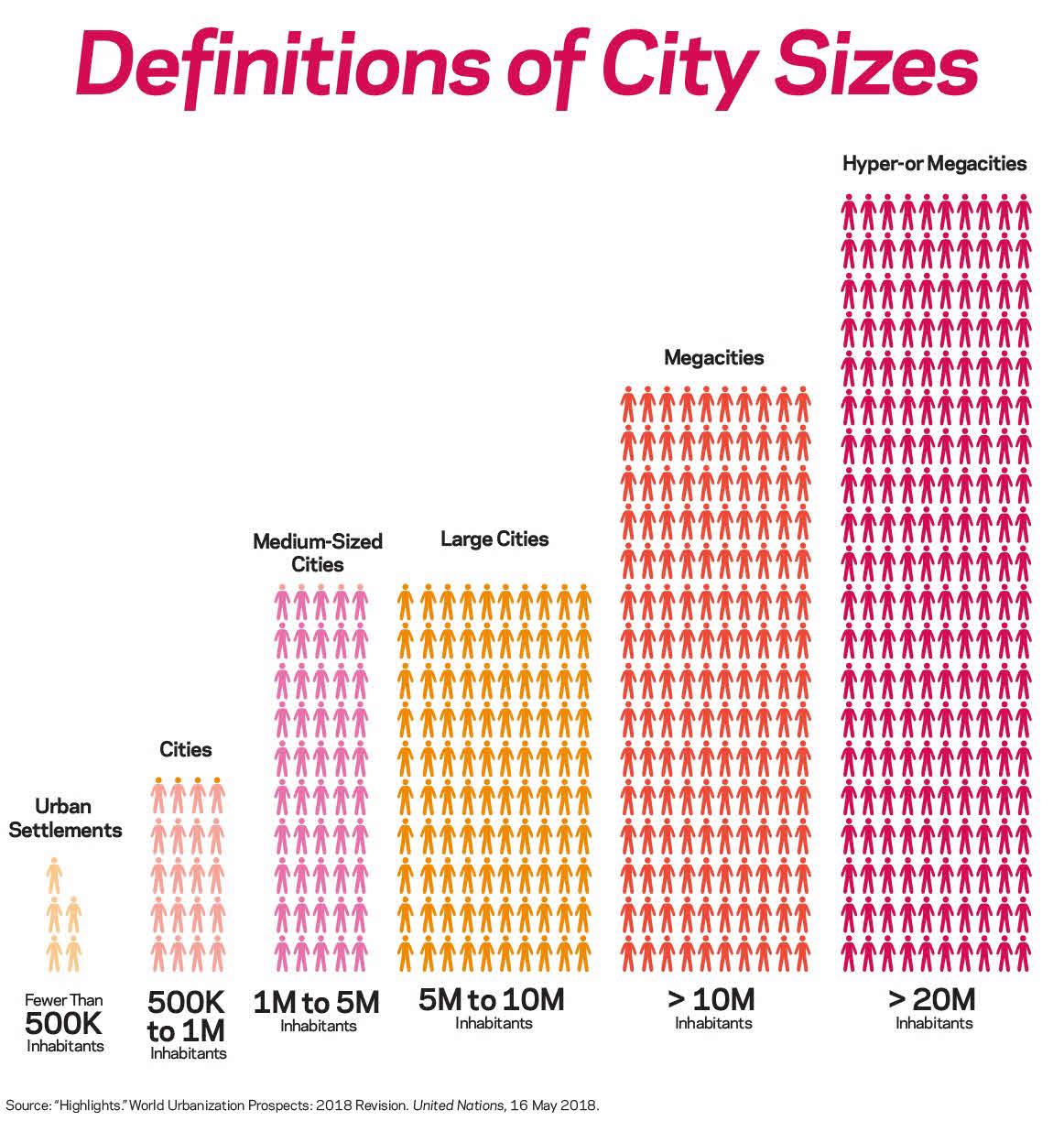 Cities need numerous infrastructure improvements, but one of the most important ones is smart-city innovation. Despite the high-tech name, a smart city is based on a simple concept: using digital technology to improve urban life. The concept itself is simple, but its execution is more complex. It requires extensive digital infrastructure, and while some of that is already in place, cities will also need new technologies such as AI, the Internet of Things, and 5G. Deploying those technologies will require digital solutions made possible by advanced fluoropolymers such as Teflon™: cables capable of expanded data flow, widely distributed sensors, and high-speed computer chips by the barrelful.

While cities have digital work to do, the benefits are considerable. Consider congestion, one of the main drawbacks of urban life, and spare a thought for commuters in Bogotá, Colombia. They lose 272 hours per year to traffic—but traffic isn’t limited to any one region. Boston drivers spend 164 hours per year sitting in traffic.

Smart traffic technology can also help cities maintain themselves. In cars, sensors that depend on Teflon™ for fast, reliable data connections, will start to communicate with smart traffic systems to provide even better data. Buses in Pittsburgh carry sensors that transmit signals on traffic conditions. They also have a side benefit: helping assess Pittsburgh’s hundreds of bridges. As Jesse Berst, founder and chair of the Smart Cities Council, says, the buses “have vibration sensors, so as they go over a bridge, they notice and pick up if there’s a difference in vibration. That is then analyzed, and experts know to go inspect that bridge, to avoid collapse.”

Traffic isn’t the only place cities are getting smarter. Cities are finding new ways to use light to reduce emissions and help with operations. The simple step of installing LED bulbs in streetlights can cut energy use and emissions dramatically even as it reduces, “for a typical city, the energy bill by millions of dollars every year,” according to Berst. The next step is to make those streetlights smart by adding in smart communications nodes that dim the bulbs when no one is present, alert maintenance when bulbs are out, and flash them to lead emergency personnel to where they are needed. 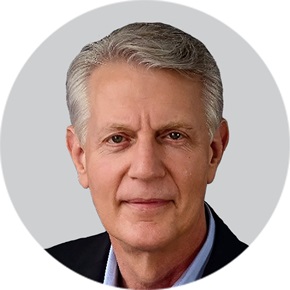 Founder and chair of the Smart Cities Council

Every piece of smart infrastructure you install also has to be designed with resiliency in mind. Your water system has to be taking in information from the weather forecast to know if there’s a hurricane on the way.

Cities are also grappling with a different sort of emergency—one related to climate. They are using integrated smarts to increase their resilience in the face of climate change. Smart monitors help population centers stay ahead of flooding from storms, sending real-time information to decision makers. It won’t be long before real-time analysis and automated flood-control systems linked to sensor data and weather forecasts can operate semiautonomously, protecting cities better as climate threats intensify. As Berst suggests, “every piece of smart infrastructure you install also has to be designed with resiliency in mind. Your water system has to be taking in information from the weather forecast to know if there’s a hurricane on the way,” opening and shutting the right gates and turning on the right pumping stations. And that’s just the water system. Every aspect of urban infrastructure, especially the power grid, needs to pair climate resilience with increased smarts.

Smart grids deploy networks of sensors all around the system, from smart meters to cameras and other monitoring equipment, so grid operators know exactly what is happening all over the power grid at any point. Centralized systems, sometimes buttressed by edge computing, help grid professionals know what is going on in real time. Improved predictive analytics are helping them understand what is likely to happen next. When you pair these measures with real-time analytics, operators have the tools to optimize the system moment by moment.

For example, it may take 20 minutes or more to bring a peak-load source up on the grid, but predictive analytics can help the grid anticipate that need. Participants in a demand program mitigate power draws by allowing the grid to raise or lower their thermostat levels by two degrees to help balance power loads, and systems that can balance variables that will be especially important as the grid gets greener. Other than nuclear, all peak-power sources are fossil-fuel based. As the grid becomes more reliant on renewable sources, smart grids will need to deploy utility-scale batteries and smart management in order to meet peak power demands without resorting to pollution-producing sources.

And as more of us move to cities, the need for urban smarts will continue to grow. Retrofitting smart systems is, Berst says, much more expensive than building smart from the start, which is something cities will have ample opportunity to do. Already, one in every eight persons lives in a megacity (a city with a population greater than 10 million). By 2030, there will be 43 of these megacities. Through population growth and rural-to-urban migration, the world will add almost 2.5 billion urbanites by 2050, and 90% of them will come from Asia and Africa.1 The growing cities that house them will need to be a lot smarter than they are today in order to stay safe, efficient, and sustainable. 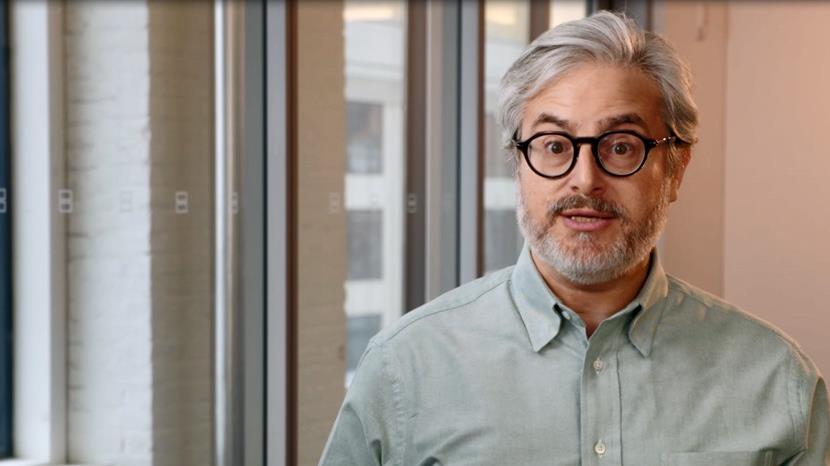