The Power of Inclusion and Diversity

Inclusion and diversity have moved from being simply a social issue to being a business imperative, especially for STEM companies in need of ongoing innovation.

How do you see the unseeable? Despite the apparent paradox, the Event Horizon Telescope team managed to do exactly that, capturing an image of the supermassive black hole at the heart of a galaxy called M87. The Event Horizon Telescope deployed a network of eight radio telescopes to create a virtual telescope as big as the earth itself, but it took the unique, sophisticated algorithm created by Dr. Katie Bouman to turn all that raw data into an image that transfixed the world.1

The Event Horizon Telescope showcases the power of inclusion and diversity in action. Not only is the telescope itself the product of eight different points of view, but the key scientist—a young, female computer scientist—epitomizes the great strides diverse teams can make with full participation  and engagement of its members. As Bouman herself said to CNN, “No one of us could’ve done it alone. It came together because of lots of different people from many different backgrounds."2

Bouman isn’t just parroting some politically correct line. Organizations of all types have come to realize that diversity is about more than reflecting the makeup of the communities in which we operate, or the customers we serve. When fully integrated and leveraged, it’s also a competitive advantage, as many analyses and resulting data sets have shown. Big companies with at least one woman on the board dramatically outperformed those without in terms of stock price and profitability.3 In its latest diversity report, McKinsey found that companies with executive teams in the highest strata of ethnic and cultural diversity are 33% more likely to have above-average profitability than peers in the bottom quartile.4

For companies in the science, technology, engineering, and math (STEM) fields, an inclusive and diverse workforce that engages all its employees can be the secret to finding the next society-changing  innovation. Susan Kelliher, SVP, people and health services at The Chemours Company says that, “To solve the challenges of the future and innovate solutions that will change the world, we need the power of differences and the uniqueness of each person. We cannot rely solely on the people who are already a part of our industry; we need people representing different geographies, race, gender, experiences, lifestyles, and all our differences that can spark fresh perspectives to problems we need to solve.”

There is another kind of diversity that can propel organizations forward—diversity of thought—and it is every bit as challenging for organizations to achieve. Diversity of thought, as noted by Anesa “Nes” Parker (formerly Diaz-Uda), Carmen Medina, and Beth Schill in Diversity’s New Frontier, entails “realizing the full potential of people, and in turn the organization, by acknowledging and appreciating the potential promise of each person’s unique perspective and different way of thinking."5 Diverse thinking can be a challenge for organizations, however. “One of the pathologies of large organizations,” says Carmen Medina, owner of MedinAnalytics LLC, “is that they value smoothness. When you value smoothness, you are devaluing diversity of thought.” As a result, subtle barriers go up such as a preference for consensus, indirectly discouraging language, or limited room for challenging points of view.

Even though there are, as Medina notes, no good assessment tools for diverse thinking that employers can rely on, such thinking has advantages that are both instinctive and profound. According to Parker, Medina, and Schill, diversity of thinking in the workplace can battle against homogeneous thought, encourage new perspectives, and identify workers ideally suited to the cognitive demands of particular jobs.5

To hear Bailey Willems, talent management specialist at The Chemours Company, tell it, broader more diverse thinking enables organizations to surface “the unconscious biases and subconscious beliefs that have shifted people in one direction or another.” People with different perspectives, Willems believes, based on either their lived experiences or the way their minds operate, can help challenge orthodoxies and point out things that would otherwise be invisible. 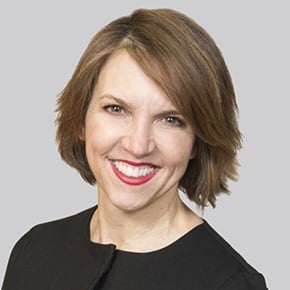 SVP, People and Health Services at The Chemours Company

In our industry, we need people with a range of different backgrounds—experiences, geographies, race, gender, and lifestyles—to bring different perspectives needed to be solve the challenges of the future.

Given the financial rewards that more inclusive and diverse companies often enjoy, greater workforce diversity should be widespread. And yet it isn’t.

The situation among STEM companies is even more illuminating, particularly for black women. There were 33,000 bachelor’s degrees in STEM earned by black women in 2016. Of the doctorates awarded to black women that year, 24% were in STEM fields. But black women only hold 5% of the managerial positions at STEM companies.

This represents a challenge given that in 5 years the US alone will have more than 1M STEM positions to fill and cannot meet those needs without finding top talent across more populations of people.

What can be done to increase representation and claim the innovation and economic benefits that come from diversity?

A Variety of Approaches

While no one has all the answers, attention and effort are being poured into solutions. The STEM diversity problem often begins in school and that lack of representation can be discouraging to girls considering studying a science. The CalTeach/Mathematics and Science Teaching Program is trying to solve this issue by putting newly minted STEM graduates into K–12 classrooms to bolster the number of math and science teachers, introduce new ways of teaching, and entice those who may not have considered STEM to try it.

Companies are also going into the classroom to show that STEM fields are a great place for everyone. As Willems says, “Chemical companies such as Chemours are starting to reach out to communities and schools to showcase a day in the life.” Efforts like that can help schoolchildren connect the work they’re doing in science class to the real world in an enticing way, and those efforts go along with widespread public-private partnerships aimed at increasing the number of diverse STEM graduates. This approach, along with their scholarship programs, enables Chemours to invest in top talent from all communities. 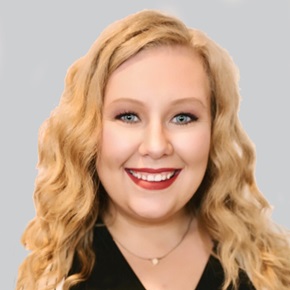 All of our initiatives funnel up through creating an inclusive environment, rather than just being a checklist of numbers that we need to hit each year.

Boosting the talent pipeline is important, but STEM workplaces have to be welcoming to people from all backgrounds and make diversity a business imperative. According to Medina, “The diversity programs that have done the best in terms of having real impact are those that have enveloped the diversity efforts in the mission.” But even that is not enough if companies don’t upgrade their hiring practices. “We want to cast a wider net,” notes Willems, “and be patient with our searches to make sure that we tap in to candidates who may not be our usual suspects.” Part of it is changing the experience that underrepresented groups have on the job. Says Kelliher, “We’ve issued a challenge to every one of our plants: identify one thing that you can do this year that will allow your plant or facility to be more inclusive and welcoming to women and people from other ethnicities.”

And that’s the key. “Diversity,” says Anesa “Nes” Parker of Deloitte, “is having a seat at the table, but inclusion is actually feeling as though you have a voice, or a stake.” Real inclusion is where the payoff will come in. As Willems puts it, “All of our initiatives funnel up through creating an inclusive environment, rather than just being a checklist of numbers that we need to hit each year.” Such an environment is fostered by inclusive leaders—people who seek out the presence and contributions of a workforce drawn from all backgrounds, all ways of thinking, and all perspectives. People like Katie Bouman, who knitted together the contributions of people and technology from all over the globe to do something that had never been done before, to help us see what no one had seen before. 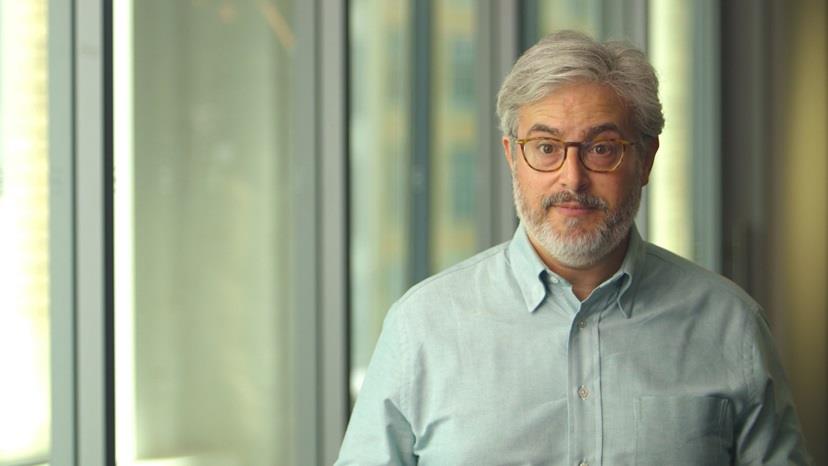