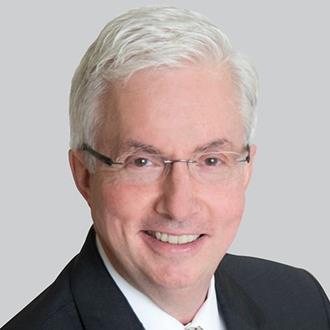 The Chemours Company appointed Bryan as president of Titanium Technologies in 2015. For over 40 years, he has worked in the chemical industry—as a process engineer for DuPont, in global sales, managing director, and more.

His leadership of Titanium Technologies in the U.S. and Asia Pacific region helped to drive first DuPont and now Chemours to the top position as the world's largest producer of titanium dioxide.

Q: What was an early work experience that influenced your career?

A: One of the most eye-opening assignments I had was working as a research supervisor for the Ecology Group at Savannah River Laboratory. There I was, with my BS in chemical engineering, managing a group where all the other members had PhDs in aquatic ecology, botany, or forestry.

I had absolutely no clue what they did or how they did it. But it really proved to be one of the best experiences in my career. Because I couldn’t do what they did, we had to work together to figure out the value we added to one another. That management insight about collaboration is one I’ve drawn on many times. I’d say that job taught me more about leading a group of people than perhaps any other assignment.

Q: The Titanium Technology business has a history that dates back over 80 years. What are some highlights?

A: Well, we are the world’s largest producer of titanium dioxide (TiO₂). So obviously we're bringing with us a very strong product line and brand in Ti-Pure™. That's backed by an unparalleled history of process technology capability, know-how, and continuous improvement in the manufacturing process.

In paints, we developed pigments that give paint manufacturers the capability to tint in-store with absolute consistency from can to can. That’s a fundamental part of going from offering just a few colors to offering thousands—a level of choice that consumers have come to expect.

Historically, we’ve also enabled the down-gauging of plastics by managing particle size and structure. Basically, TiO₂ particles can cause plastics to shred at thinner weights. By engineering pigments that reduce that effect, we enable manufacturers to make things like food packaging thinner. That has significant business and carbon footprint advantages, because it reduces material and shipping costs as well as shipping weight and the amount of material used.

Q: What are you excited about now in the business?

A: We’ve recently launched the Ti-Pure™ One Coat™ System, which distributes TiO₂ particles more evenly, enabling manufacturers to make paints with more hiding power. In trial studies, professional painters in Germany, China, and Mexico have said they preferred paints made with this system. The system’s development is an example of engineering and process knowledge powering higher value products for both our own company and our customers.”

Q: Being customer centered is a core value for Chemours. How does that manifest in the Titanium Technologies business?

This is really critical, because we actually look to our customers to drive innovation. We want to develop partnerships where we’re responding to the customers' needs. Now, that could be as technical as formulations that let them use less energy to make paint. Or it could be more transformational by bringing insight from markets to drive new, better products.

For example, we’ve developed Ti-Pure™ grades for use in laminate flooring that are resistant to sun bleaching. We took a challenge that contractors have—floors that develop lighter patches where they receive more sun exposure—and engineered a product that helped flooring makers solve it.

Q: How does a growing middle class affect your business?

A: I think consumer expectations are evening out rapidly. Once they hit a certain income level, people in China, Brazil, or the U.S. want the same thing—higher quality.

That works in our favor because our business is quality and it is scalable. The basic technologies employed in making coatings, plastics, laminates, or paper are similar all over the world. We bring a world-class brand in Ti-Pure™, which is known and valued for quality. And we’re committed to remaining the largest TiO₂ producer, with significant new capacity now online at our Altamira, Mexico, facility.

Q: How would you describe your leadership style?

A: I’ve always felt that the most important thing I can do is shape the way people think. That’s the highest leverage activity I can invest in. If I give them a starting point, they can carry it to places that I never thought of.

Q: What advice would you give to someone thinking about joining Chemours?

A: Chemours is a much smaller and more focused organization; there’s a level of accountability and accomplishment that accompanies that. We have great fundamentals, and we’re looking for a bit more edge—a bit more entrepreneurship. So to work at Chemours, you can’t be afraid of being given responsibility, independence, and accountability for delivering results that take the business to the next level.

I’d also say that we are leaders when it comes to operating manufacturing sites and managing product lines. The challenge is expanding from that, and looking at the world differently so we’re able to discover new opportunities and applications. To someone considering Chemours in the technical marketing realm, I’d say your job is to create market opportunities that bring value and make us interesting and relevant.

A great example of finding new, more interesting applications for our products is in coatings. We know that UV radiation causes milk to spoil more quickly. So we created a coating for milk cartons that uses TiO₂ to block UV rays. Rather than just supplying TiO₂, we’re contributors to the solution further down the food chain.

Chemours is a place that encourages growth and development. We aspire to be a brand you will want to put on your resume, because it will open doors wherever your career takes you.

Q: What was one of your early interests?

A: In my younger years, I had a passion for exploring caves. In fact, I was involved in the early exploration of one of the largest cave systems in North America, the Friars Hole cave complex in West Virginia.

Q: Which historical figure would you like to meet—and why?

A: Abraham Lincoln had a quality of thought combined with resolve in action that’s really fascinating to me.

Bryan’s tenure with Chemours is predated by a long career with DuPont where he started, in 1978, as a process engineer at the Savannah River, South Carolina plant. From 1987 to 1992, he served in various business and manufacturing roles in the petrochemicals department and corporate plans.

Bryan joined the DuPont Titanium Technologies business in 1992 as a production unit manager in the Edgemoor plant near Wilmington, Delaware. He has held many roles that included venture manager in 1997 from which he transitioned to a global sales and marketing assignment in 1999. In 2002, he was named plant manager of the Kuan Yin TiO₂ plant in Taiwan and in 2004, he was appointed managing director for Titanium Technologies for the Asia Pacific region.

A native of Wilmington, Delaware, Bryan earned a Bachelor of Science degree in chemical engineering from the University of Delaware in Newark, Delaware. 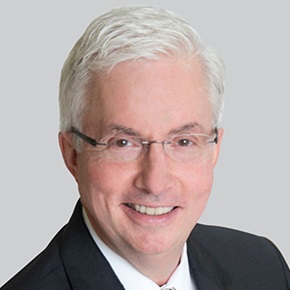