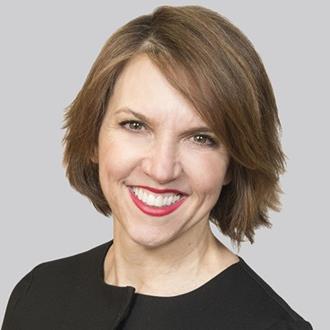 Q: Why is it important to hire (and keep) the right people?

A: If you bring in people who are good at what they do—and trust them to do it—driving positive results becomes easy. Treat people as if they already are what you want them to be, and they’ll become that.

Q: What historical person would you like to meet—why?

A: Margaret Thatcher. I admire what she accomplished as a woman rising up through the ranks. Plus, she was the daughter of a grocer, and so am I. Growing up, I helped my dad at his outdoor grocery stand. During the holiday season, I sang carols over the public address system and helped people pick out their Christmas trees.

A: High-intensity exercise. I do CrossFit. I love to run, and I also do yoga.

Q: What's something people are surprised to learn about you?

A: I’m adopted. I didn’t find out until I was in my 30s. My mother told me after my dad died. Off and on, I searched for my biological parents, and after seven years I finally found them. They were in high school when I was born, so they gave me up to an orphanage. My biological family turned out to be quite fascinating. My ancestors were among the first white settlers of Hawaii.

Between her husband’s military service and her own career path, Susan has lived in Texas, the east and west coasts, deep south, and now Wilmington, Delaware. As for which she prefers, her response is unequivocal: “All of them. Each has been an adventure.”

Susan has some measure of fluency in Spanish, French, and Mandarin Chinese. Spanish because she grew up in Texas. French because she studied it in high school and college. And Chinese because as a student at Rice University she became interested in Chinese culture. She began studying Mandarin and spent a semester studying abroad in China. Since then, she has found ways to keep it fresh.

Susan earned a Bachelor of Arts in Asian studies and political science from Rice University, in Houston, Texas, and a Master of Business Administration, with a concentration in international business, from the University of Texas, in Austin, Texas. 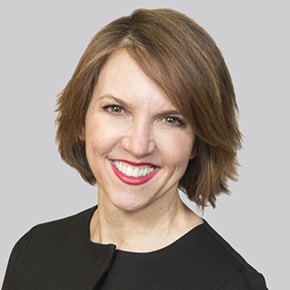 My ultimate mission—as the leader of the ‘people function’—is to create an environment in which people are able to do their best and to become their best.